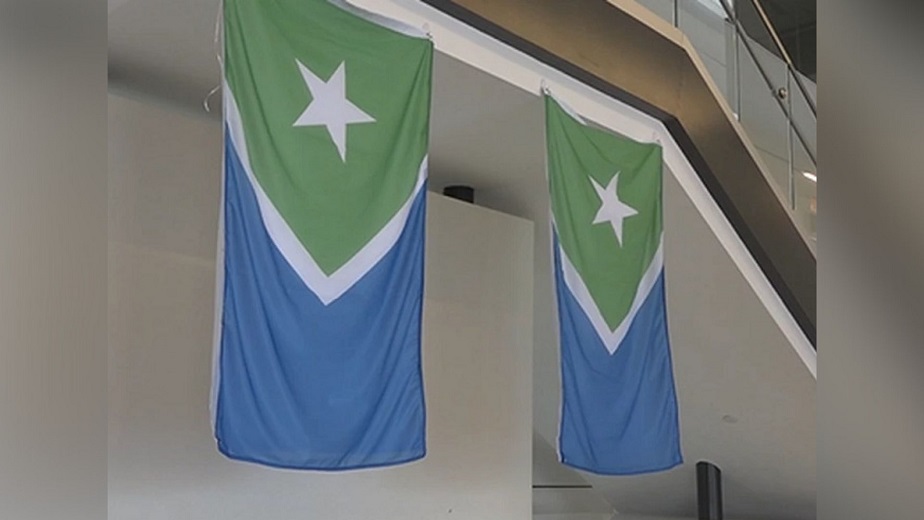 Cedar Rapids, Iowa – A new flag has been chosen by the city of Cedar Rapids. It was revealed in the main lobby area of the Cedar Rapids Public Library downtown site on Saturday, September 18.

Several volunteer designers created a series of prototype flags based on the feedback they received from the community. Members of the North American Vexillological Association and a local committee provided comments on the prototype flags, which helped to rank and improve them.

The Cedar Rapids Flag’s primary colors are blue, green, and white. The blue signifies the Cedar River, according to the city’s website. Mays Island is shown in the round Green form, which also reflects the city’s various green and grassy regions. Homes, businesses, infrastructure, and flood protection are all represented by the white arch that runs between the blue and green. Finally, the white five-pointed star symbolizes ancient Mays Island architecture while also highlighting the Cedar Rapids motto, “City of Five Seasons.”

The city’s objective, according to the officials, was to design a flag that reflected the city while also incorporating citizen input and suggestions. Last year, the project was put on hold due to the pandemic and derecho.