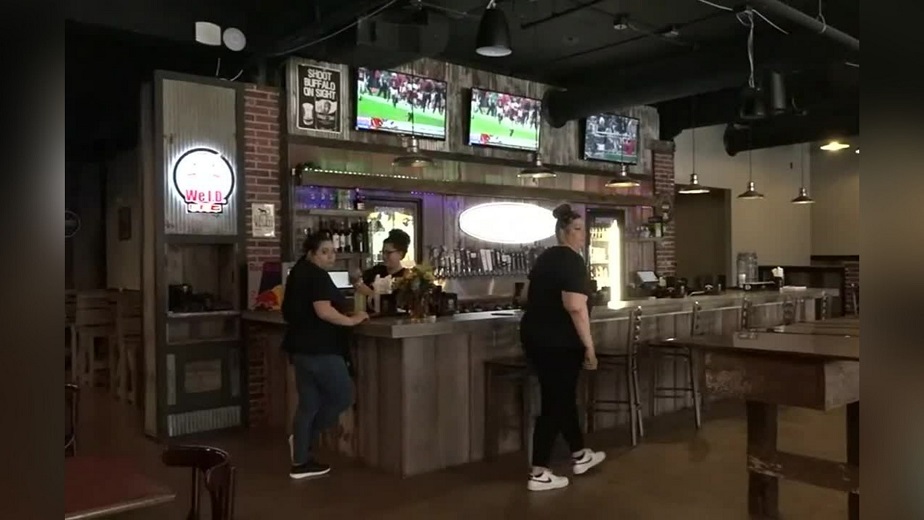 Across from the Ground Transportation Center, a new restaurant, ChopHouse Downtown, has opened last Saturday.

The owner of the restaurant, Heather Adams, has hired over 40 workers and is eager to add more to the team.

”Quite honestly, it’s a worker’s market. If they don’t like it here they can go to the next place. So what’s going to be the difference of earning $13 an hour here versus earning $13 an hour there? And really it’s the company you keep. It’s, do you come to work and have fun?” said Adams.

Visitors can enjoy steaks, chops, seafood and many other recipes from the ChopHouse menu, including a cotton candy tower.

On the other side of the river, Popoli celebrated its grand re-opening on Tuesday. During the pandemic, the expensive restaurant was closed. They rehired some previous employees and hired some new staff with higher salaries.

”I was looking for people that had missed being in the kitchen. That maybe had been 2,3,4-dollars an hour less prior to COVID and a restaurant shutting down, that had the skill set we were looking for,” said Steven Van Fleet, Popoli’s general manager.

In the same historic bank facility, Popoli is offering a new food and a variety of drinks.

”It’s like kind of running a restaurant inside a museum,” Van Fleet said.

Cliff’s Dive Bar and Grill, located in the heart of downtown, will open next month under the “Fun Not Fancy” ownership group. Local Pour Street Food and Moco Game Room & Hot Dog Bar are among the establishments owned by the organization.

Next year, the “Fun Not Fancy” group plans to open Taco Gato next door to Cliff’s.

”People are starting to come back to work downtown and it’s just, it’s really going in the right direction so we feel like now’s a good time for this,” said Justin Zehr, a partner in the group.

The restaurant is named after Tim Kindl’s father Cliff, who died recently. It will have taxidermy on the walls, as well as other dive bar finds. On game days, the group intends to install a projector screen.

Zehs said he’s starting the hiring process and expects the employees to be attracted by the fun atmosphere.

”This is a very important intersection right here at Cliff’s, and if people are just kind of, you have that little hustle and bustle, it’s exciting, it just makes the town feel alive,” said Zehr.

Police chase in Des Moines leaves one dead, one injured