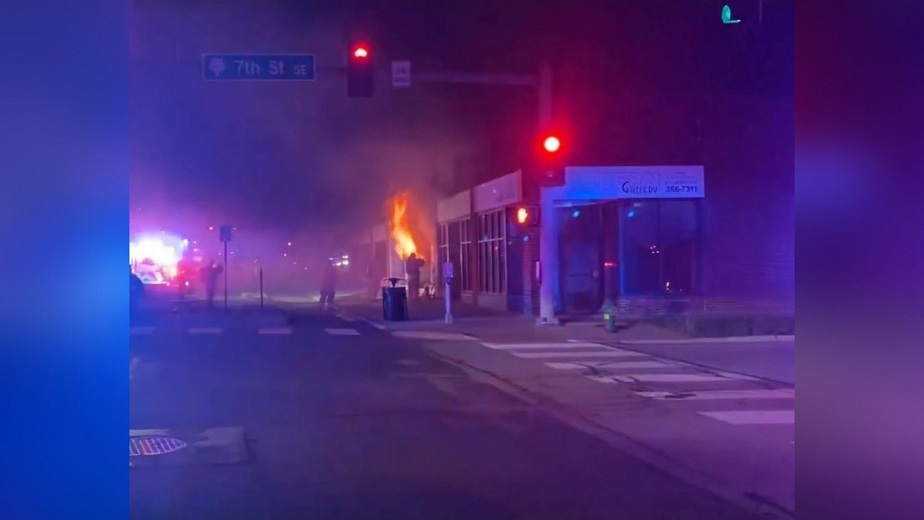 Cedar Rapids, Iowa – On Wednesday morning, shortly before 3 a.m., firefighters were called to a fire at a strip mall located at 705 3rd Avenue SE.

Officials with the Fire Department stated they responded to a single-story masonry structure with significant smoke and fire seen rising from the building’s front entrance when fire crews arrived. Firefighters drilled a hole in the roof to allow heat and smoke from the attic to exit.

In 23 minutes, crews were able to get the fire under control. There was a lot of fire damage in the Sister’s Boutique, with just minor smoke damage in other parts of the building.

Fortunately, no one was inside the building at the time of the blaze.

The cause of the fire has not been determined by authorities.