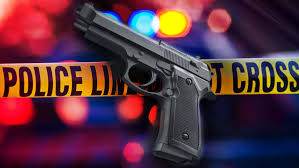 According to our friends over at CBS2 and FOX28, “A woman was injured last night in an overnight shooting.”

The incident happened on the Northeast side of Cedar Rapids near North Towne Lane. Officers were dispatched after receiving a report of multiple gunshots in the area.

When officers arrived on the scene, they found a woman that had suffered an injury from a gunshot wound. The woman was taken to a local hospital and is now being treated. The CBS2 story indicated her injures were non-life threatening.

Officers investigated the area and found shell casings on the ground. The report also said a few vehicles near the scene were damaged. There were no other injuries to report form the incident that happened around 12:30 a.m. on Wednesday, July 1st.

At this point no arrests have been made and police are asking for your help. If you have any information that could lead to an arrest, please call the CRPD at (319) 286-5491.

Man drowns after going for swim while fishing in Linn County