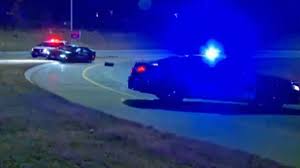 Officials say a man has been shot and killed by an officer during a police chase in eastern Iowa.

Clinton Police Chief Kevin Gyrion said in a statement that the shooting happened around 10:45 p.m. Tuesday, after an officer tried to stop a vehicle that fled.

The chief says the vehicle was chased into nearby Camanche and back to Clinton when a pursuing officer fired his service weapon at the vehicle, hitting the suspect, who later died at a hospital.

Police have declined to name the officer, saying he won’t be named until he has been interviewed as part of the investigation.