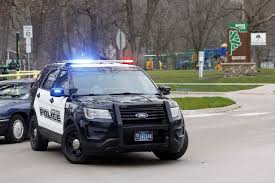 The two victims appear to have suffered wounds not believed to be life-threatening, police said. Their names were not immediately released.

Investigators don’t believe the shooting was random and believe they know who the shooter is. The shooter remained at large and police continued to search for the suspect Thursday morning, police said.