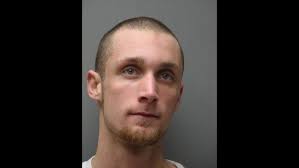 Authorities were notified on Saturday that hospital staff treated an infant that came in with multiple injuries.

The mother of the child told police that the child was staying with their father, 19-year-old Luke Heim on Friday.

The mother noticed on Saturday after picking up the children the infant was having difficulty breathing and had red eyes. She told Heim to take the baby to the hospital.

Police report the child had,“a fractured femur, petechiae in both eyes, a brain bleed and bruising to the neck and chest area.” The baby was airlifted to the University of Iowa Hospitals.

Heim admitted to authorities he was taking care of the children when he got a call from their mother in the early morning and he said she was intoxicated.

Heim is charged with child endangerment and for violating a no-contact order on both his children.