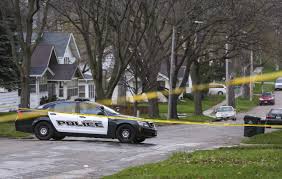 CEDAR RAPIDS, Iowa  — An 18-year-old woman who was wounded in shooting last month at a Cedar Rapids apartment has died, police said Monday.

The Cedar Rapids Police Department identified the victim as Marisa Doolin of Cedar Rapids, Iowa. The department said in a news release that it was notified by the Johnson County Medical Examiner’s Office that Doolin was declared legally deceased on Dec. 26.

Police said there have been no arrests at this time, but that there is an active homicide investigation into the shooting.

Officers responding to the Dec. 22 shooting at a second-floor apartment found Doolin with a life-threatening gunshot. She was transported to hospital.

One person injured after stabbing incident in Cedar Rapids