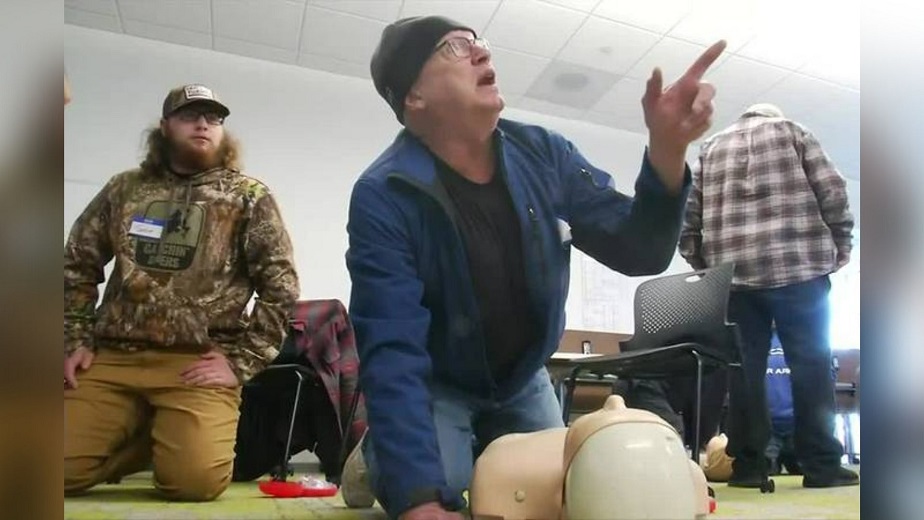 Marion, Iowa – The Marion Fire Department hosted its first CPR certification class on Saturday, with many individuals registering to take part in the program.

A guest speaker has experienced one of the approximately 350 cardiac arrests that occur outside of hospitals every year, according to the American Heart Association.

“I never thought that would happen to me,” Mike Martin, of Marion, said.

Martin highlighted the need for having CPR certification, stating that it was this certification that saved his life earlier this year. At the moment of his cardiac arrest, Martin was working out at Anytime Fitness in Marion, Iowa. Allison Graham, his personal trainer, wasted no time starting chest compressions.

“I’ve been given a second chance, so hopefully, I can learn from it as well as others,” Martin said.

Martin’s testimony, as well as an incident that occurred at Linn-Mar, drew in more attendees than the event’s organizers had expected.

McBurney believes that the larger the number of individuals who learn how to do CPR, the better, since the training they are providing is primarily for use on family members, something he was all too familiar with.

“I had to do CPR on my mother,” McBurney said. “My training instincts kicked into gear, and once first responders arrived, I fell apart.”

Martin still has a long way to go in his recovery, but while he continued his therapy, he said he learned something about himself through the traumatic event.