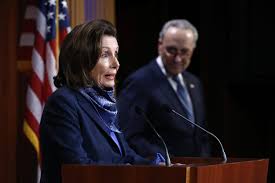 WASHINGTON – The Senate has approved a nearly $500 billion coronavirus aid bill after Congress reached an agreement with President Donald Trump.

The measure would replenish a small business rescue program, provide hospitals with another $75 billion, and implement a nationwide virus testing program to facilitate reopening the economy.

Trump has announced his support, saying he’ll sign the bill if it passes both chambers. The package now goes to the House.

Most of the funding, more than $300 billion, would go to boost a small-business payroll loan program that ran out of money last week.