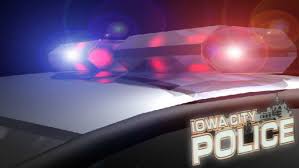 According to KCRG TV-9,”Police in Iowa City say they are investigating another instance of shots fired in the city.”

The incident happened on Saturday, April 25th on Taylor Drive in the 1900 block. Iowa City police received several reports of shots fired in the area around 6:15 in the evening.

When police arrived on the scene, they found shell casings on the street. There were no injures reported and the case in now under investigation.

If you have any information that could help the authorities on this latest incident, please contact the Iowa City Police Department. Their non-emergency number is 319-356-6800.

To read the full story from KCRG-TV 9, check out this link.

One person dies in house fire in Charles City