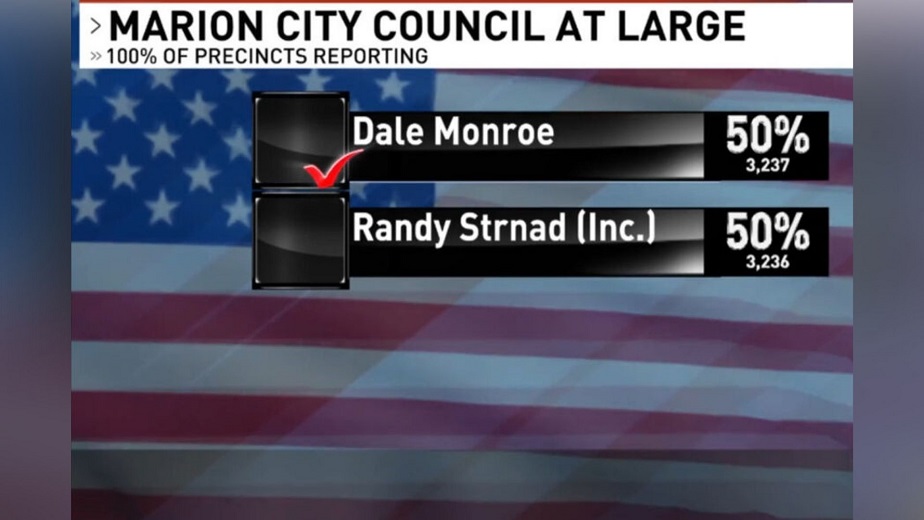 Marion, Iowa – Marion City Councilman Randy Strnad was defeated by opponent Dale Monroe by one vote out of 6,573 votes in the night’s tightest race. Strnad said he will request a recount of the votes on Wednesday morning.

“I contacted the county auditor last evening and will follow the process for requesting a recount. With a margin so slim, this warrants a double pass on the counts,” Councilman Strnad said.

Monroe won by a 0.08 percent margin of victory, based on a one-vote margin. On Tuesday, November 9th, a final canvass of the votes will be completed. Strnad has until 5:00 p.m. on the following Friday to seek a recount.