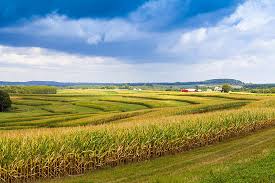 A new study has revealed that Iowa is the 6th safest state compared to the other 49 states.

With recent violent riots, a global pandemic, everyday crime, natural disasters, car crashes, and many other things that put our lives in danger, it’s pretty easy to feel unsafe. WalletHub recently revealed its results for a study they conducted to find which states are the safest in the United States of America.

For WalletHub to find out the safest states in America, they compared the 50 states across 53 key safety indicators grouped into five different categories. Those categories include,

Illinois ranked fifth with most law-enforcement per capita and the highest percentage of adults with rainy-day funds.

Mississippi came in last and was deemed the least safe state. See where all the states rank in the map below.