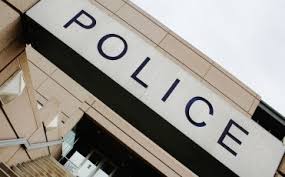 On June 21, 2019 at 9:08 p.m., police officers were dispatched to 1834 Hamilton Street SW for a reported suicide.  Upon officers’ arrival, they found Randal Campbell deceased with an air rifle positioned on his lap and torso.  An ongoing investigation by the Police Department determined that the crime scene had been staged to appear to be a suicide.

Investigators learned that Conklin had been living in the detached garage at 1834 Hamilton Street SW and had a recent conflict with the owner of the residence, Campbell’s mother.  Conklin was captured on video surveillance near the detached garage leaving the crime scene with his girlfriend, Felisha Ann Marie Campbell, DOB/03-16-1994, age 26.

In addition, Conklin is accused of knowingly altering or disguising physical evidence which would have been admissible in the trial and/or furnished false information with the intent it be used in the trial for the prosecution of the homicide of Randal Campbell.

Conklin was incarcerated at the Fort Dodge Correctional Facility on unrelated charges when the Cedar Rapids Police Department submitted a warrant request to the Linn County Attorney’s Office on July 27, 2020.  The Linn County Attorney’s Office filed charges for Murder-2nd Degree and Obstructing Prosecution.  A hold was placed on Conklin and he was transferred to the Linn County Jail this afternoon to face prosecution on the murder and obstruction charges in this case.

Warrants were also issued for Felisha Campbell for her involvement in the shooting.  Felisha Campbell was arrested on warrants for Conspiracy to Commit a Forcible Felony and Accessory after the Fact on December 21, 2020.  She was arrested following a police pursuit in which she attempted to elude officers in a stolen vehicle.  An officer attempted to initiate a traffic stop at 1:24 a.m. near 3rd Avenue and Park Court SE but the suspect refused to stop.  Officers were able to disable the suspect vehicle with stop sticks and apprehend Campbell near the Menards parking lot off of Highway 100 in Marion.  The suspect was charged with Theft-2nd Degree, Driving While Barred, Felony Eluding, Possession of Drug Paraphernalia, Possession of a Controlled Substance-Methamphetamine, Possession of a Controlled Substance-Marijuana, Carrying Weapons, Speeding, Disobedience to Traffic Control Device, along with the outstanding warrants.  Felisha Campbell remains incarcerated at the Linn County Jail.

Disclaimer:  Any arrest information included above is based on the legal conclusion that, as with any criminal case, a charge is merely an accusation and a defendant is presumed innocent until and unless proven guilty.