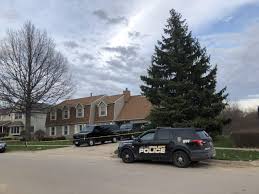 The death of a Cedar Rapids man, originally deemed “suspicious” has now been ruled a homicide.

According to a media release from the Cedar Rapids Police Department on Friday, May 22, the department received a request for a welfare check because the person who lived at 508 B Avenue Northwest could not be reached. The request came into the police at 9:53 a.m. Friday, May 22. When an officer arrived at the address, they could see a person on the floor inside. After making their way into the home, the officer determined the victim was deceased.

This morning, the victim was identified as 69-year-old Daniel J. Spangler. The Iowa Office of the State Medical Examiner in Ankeny did an autopsy over the weekend and determined Spangler had died of a gunshot wound. His death has been ruled a homicide.

An online tribute to Spangler described him as “a gifted musician, (a) devoted family man who made everyone feel loved and special, a retired RN who cared deeply for humanity, and an adventurous spirit who lived life to the fullest. So much to say of his character; so much I can learn from him as I remember his life and the impact it had on all those who knew him.”