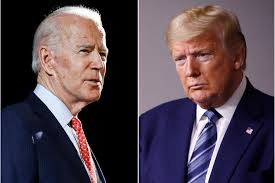 INTERNATIONAL SPACE STATION  – The US Presidential Election is reaching Space.

In a tweet NASA astronaut Kate Rubins announced that she voted on the International Space Station.

In October Rubins said that it is critical to participate in our democracy, and considered it an honor to be able to vote from space.

“There’s legislation passed a number of years ago to allow astronauts to vote in space. I think a lot of astronauts do this. They feel that it’s very important. It’s critical to participate in our democracy. We consider it an honor to be able to vote from space. And so, we fill out a form and we vote via absentee ballot. And if we can do it from space, then I believe folks can do it from the ground too.” Rubins said

And this wasn’t the first time Rubins voted from space, she also cast her ballot from the International Space Station during the 2016 election.

US launching new study testing 3 drugs to drive down coronavirus