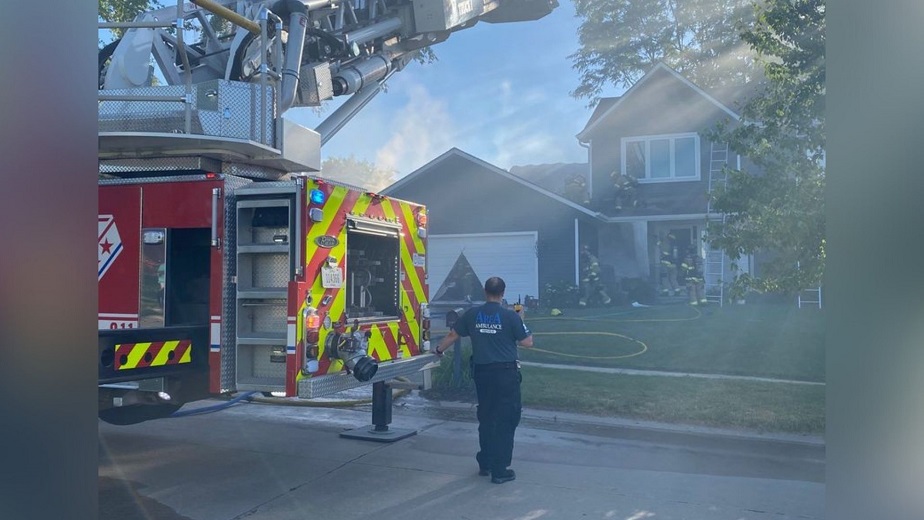 Cedar Rapids, Iowa – Residents of a house on the northeast side of Cedar Rapids were displaced due to a fire on Sunday.

Firefighters responded around 6 p.m. at 4023 Wedgewood Drive NE to a call of a fire.

Fire officials say the fire was reported by a neighbor who was in his backyard when he noticed the fire. The neighbor alerted the residents of the house and called 911.

Upon arrival firefighters quickly extinguished the fire. According to officials, the fire damaged the garage area, part of the living room and the yard of the house. The outside of an adjacent home was damaged too.

No injuries were reported.