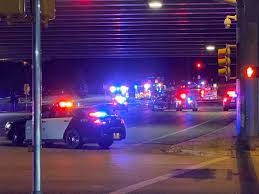 CEDAR RAPIDS, Iowa  – A collision between two vehicles resulted in injuries for the drivers of the cars, according to officials.

At around 1:35 a.m., the Linn County Sheriff’s Office and other emergency responders were sent to a report of a crash near the corner of East Post Road and Cottage Grove Woods SE. Deputies believe that a southbound vehicle crossed the center line and collided with a northbound vehicle.

The two drivers were taken to a local hospital as a result of the crash. Deputies described their injuries as non-life-threatening.

An investigation into the incident is ongoing.