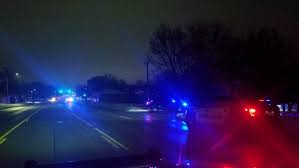 The Cedar Rapids Police Department has announced the arrest of two teenagers in the June shooting death of 20-year-old Malik Sheets on the city’s northeast side.

16-year-old Marshawn L. Jeffries was arrested in Davenport and is now being held at the Linn County Juvenile Detention Center. He’s been charged with First-Degree Murder and Obstructing Prosecution.

17-year-old Christian D. Emedi is also charged with First-Degree Murder and Obstructing Prosecution. He was already being held at the Linn County Juvenile Detention Center on unrelated charges.

According to a media release from the Cedar Rapids Police Department, officers responded to a report of shots fired in the early morning hours of June 18 at 1058 Regent St. N.E.

When officers arrived on the scene they found Malik Sheets on the floor in the living room of the home. He had multiple gunshot wounds to his chest and neck, which an autopsy would later confirm caused his death.

A criminal complaint filed by the Linn County Attorney’s office says that during witness interviews, officers were told of an argument among several individuals. Those witnesses said Emedi and Jeffries both had handguns. Authorities allege Emedi shot at Sheets several times. Once Sheets fell, witnesses said Jeffries shot him several more times.

The complaint says after the shooting a 24-year-old male drove Emedi and Jeffries and the 17-year-old girlfriend of one of the defendants to North Liberty where they “took showers, changed clothing, and arranged to discard the clothing they were wearing at the scene of the shooting.”

The unnamed 24-year-old, Emedi, and Jeffries were found together and taken into custody in Gurnee, Illinois. Initially, they denied being present at the shooting. They then said they were there, but were not involved.  The complaint also says officers interviewed the 17-year-old girlfriend of one of the defendants. She allegedly obstructed efforts by police to obtain evidence and locate the defendants.

The investigation in the case remains active and ongoing.