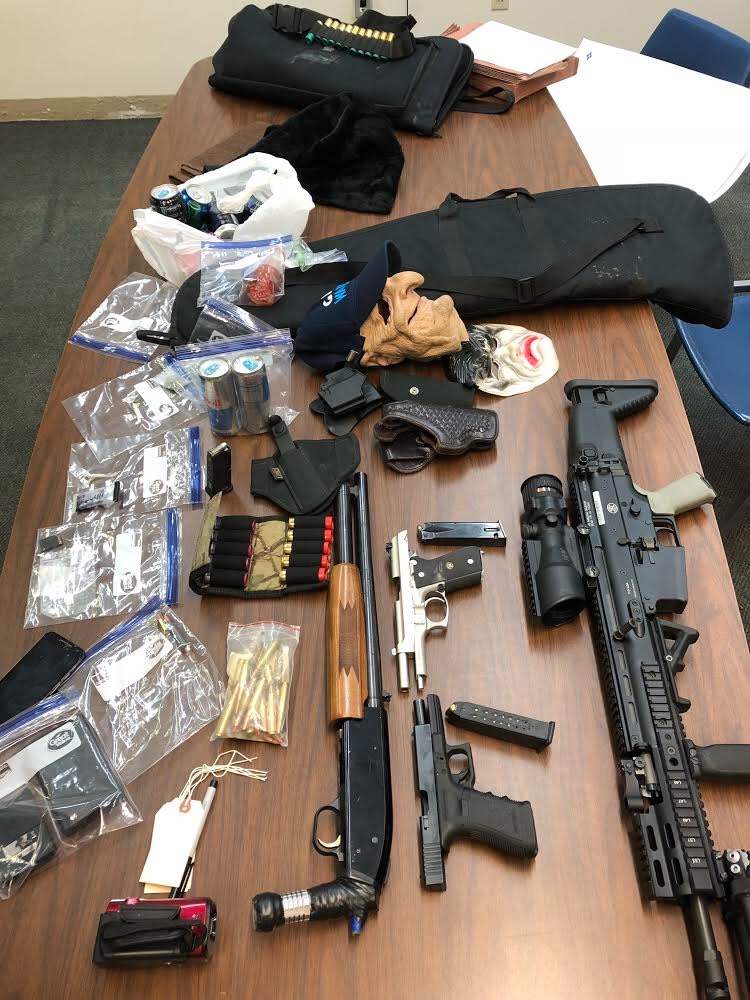 On Thursday, November 26 around 7:30 p.m. officers observed two individuals with outstanding warrants at a residence in the 800 block of Camburn Court SE.  Based on intelligence information, the suspects were believed to be in possession of firearms.  The Police Community Action Team officers and other specialized police response groups obtained a search warrant and were able to take both wanted individuals into custody around 10:15 p.m.

Round was also charged with Trafficking in Stolen Weapons and Carrying Weapons based on a previous case on September 16, 2020 when officers conducted a traffic stop involving Round and a .40 caliber handgun was recovered from the vehicle.  An investigation determined the handgun was stolen from a burglary on the west side of Cedar Rapids on September 11, 2020. Through their investigation, officers determined Round had the gun in his possession at his residence and in the back yard prior to getting into the vehicle that was stopped.

Lewis had a warrant for Willful Injury Causing Bodily Injury.  Through the investigation of the recovered firearms, Lewis was also arrested for Trafficking in Stolen Weapons for being in possession of a stolen handgun.

There is an ongoing investigation.