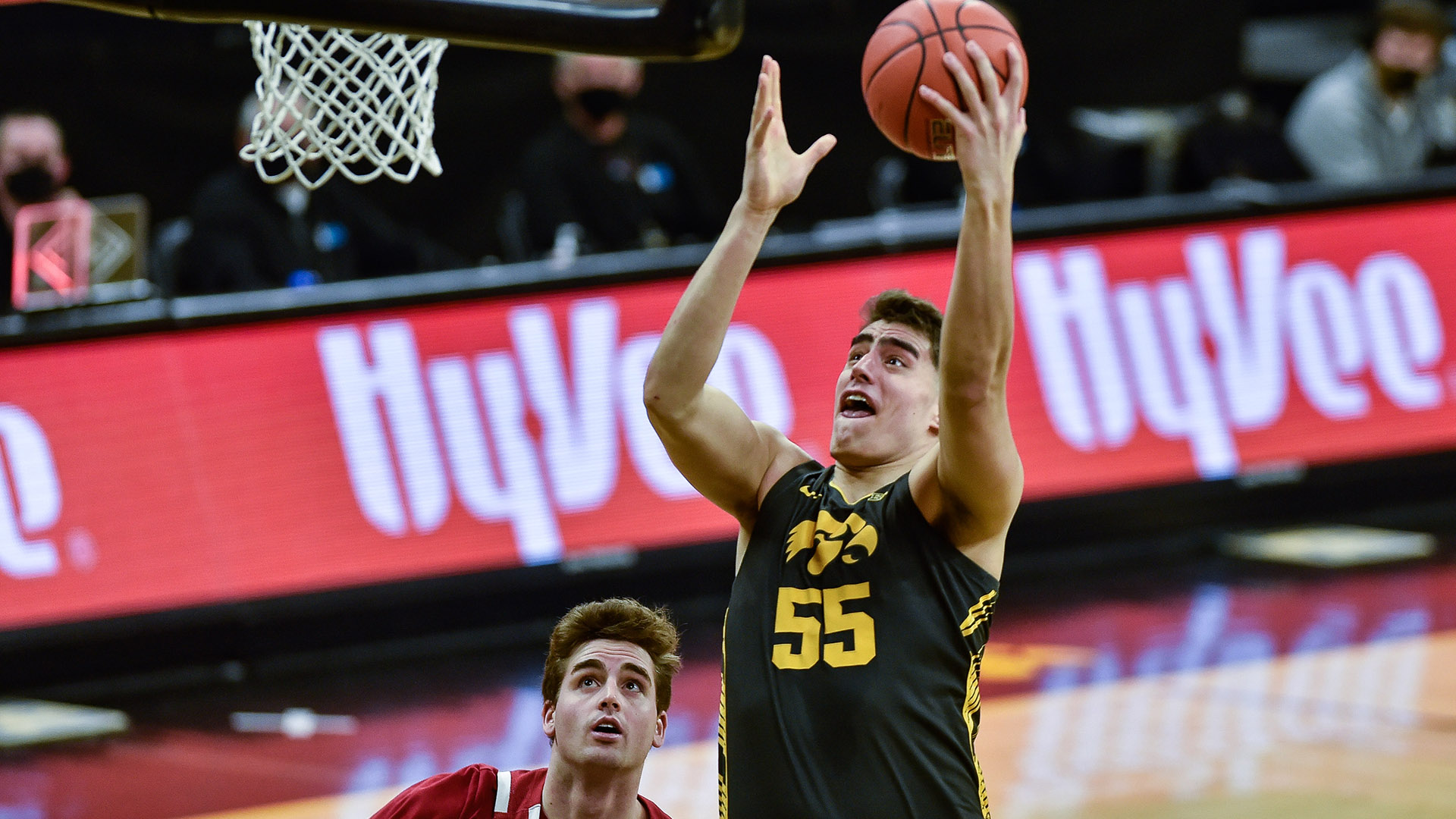 Cedar Rapids, Iowa – After the Iowa-Michigan State men’s basketball game on February 22nd, Luka Garza’s number will be officially retired. Garza was named National Player of the Year twice in his career.

Garza won all of the major post-season men’s basketball awards in 2021, becoming the program’s first unanimous National Player of the Year.

In a statement, Iowa head coach Fran McCaffery stated, “We look forward to honoring Luka Garza and his family. Luka epitomizes everything that you want in your program. Not just Hawkeye fans, but college basketball fans across the country appreciated his achievements on and off the court for four years and the way he pursued his dreams.

“Congratulations to Luka, Murray, Chuck, and Roy. Their accomplishments are well documented, and this recognition is well deserved,” said Gary Barta, Henry B. and Patricia B. Tippie Director of Athletics Chair. “This conversation reemerged with the incredible success of Megan and Luka. I’m pleased we took the opportunity to look back at our history, and moving forward all of men’s and women’s honorees will be recognized in the rafters of Carver-Hawkeye Arena.”

“It will be great seeing all the retired numbers and jerseys, including the additions of Chuck Darling, Roy Marble, and Murray Weir, hanging in Carver-Hawkeye Arena,” said Fran McCaffery. “Chuck and Murray were our first consensus first-team All-Americans, while Roy was the program’s leading scorer for three decades and won nearly 100 games as a Hawkeye.”

The game is set to begin at 6:00 p.m. local time. Tickets for the game may be purchased at www.hawkeyesports.com/tickets.