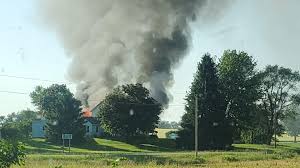 A woman and child were injured after a fire was started at the Quality Inn Hotel in Fort Dodge.

The Fort Dodge Police Department arrived on the scene at about 10:24 a.m. Friday. When they arrived, there was heavy smoke in the halls and a fire had started in room 155.

Authorities said two occupants of the room, a woman and a child, had suffered from smoke inhalation.

They were able to extinguish the fire before it spread to other parts of the building.

“The fire room suffered heavy fire damage and smoke damage occurred throughout the facility,” the fire department released in a statement. “The facility did not have a sprinkler system as it was constructed before they were required in the fire code. It did have a working alarm system that did operate and alert occupants to the fire.”

Authorities said the cause of the fire was a child playing with a lighter.