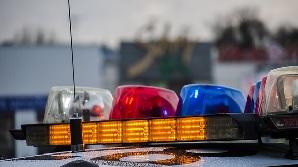 A Cedar Rapids man accused of shooting a flare gun at the city’s federal courthouse and igniting a small fire has been charged with several federal counts in the case.

John Miller, 39, has been charged with malicious damage to federal property, violent threats to a federal official and interstate communications with intent to injure, The Gazette reported.

Miller made his first court appearance of the charges on Tuesday. Prosecutors have said Miller fired two flares at the federal courthouse in Cedar Rapids on Nov. 19 from a parking lot across the street. One flare ignited a traffic barrier outside the building that had to be extinguished. Officials say police later found two flare guns in Miller’s possession after the incident and say he left threatening messages on social media for a federal prosecutor in a message that also mentioned a probation officer, a federal marshal and a federal judge.