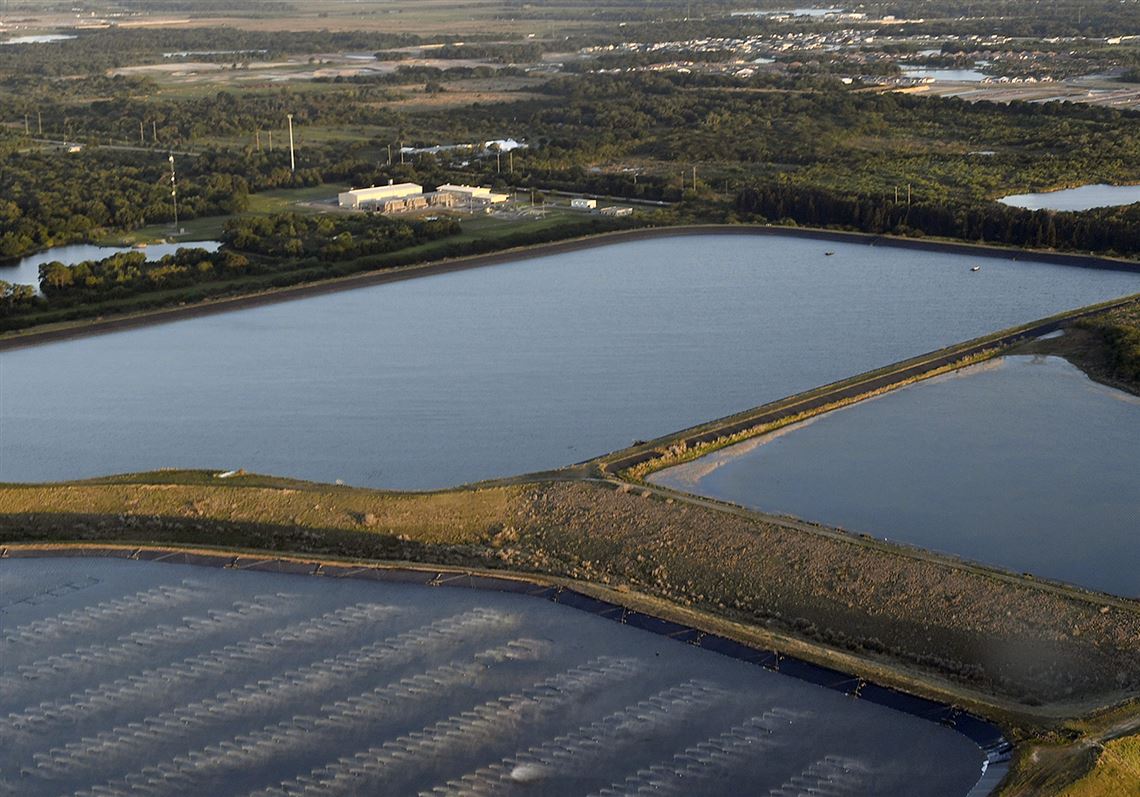 ST. PETERSBURG, Fla. — A drone discovered a possible second breach in a large Florida wastewater reservoir as more pumps were headed to the site to prevent a catastrophic flood, officials said Monday.

U.S. Rep. Vern Buchanan, a Republican, toured the area by helicopter Monday and said federal resources were committed to assisting the effort to control the 77-acre (33-hectare) Piney Point reservoir in Manatee County, just south of the Tampa Bay area.

Among those are the Environmental Protection Agency and the Army Corps of Engineers, Buchanan said at a news conference.

“I think we are making some progress,” Buchanan said. “This is something that has been going on too long. Now, I think everybody is focused on this.”

Fears of a complete breach at an old phosphate plant led authorities to evacuate more than 300 homes, close portions of a major highway and move several hundred jail inmates nearby to a second floor of the facility.

The primary concern is that a total breach of the reservoir would cause major flooding to nearby homes and businesses, officials said. The pumps are meant to slowly drain the water and divert it to Tampa Bay, which could lead to negative environmental consequences such as fish kills and algae blooms.

Melissa Fitzsimmons lives with her husband and 19-month-old daughter in Palmetto, Florida, on the edge of the evacuation zone. Fitzsimmons said that for the past four days she has been terrified since she found out about the leak. While her house is on a hill and may not be directly affected by the water if the leak continues to grow, Fitzsimmons said her family is preparing for the worst.
“Within 24 hours it escalated to like a catastrophic evacuation, and we really didn’t know anything until we saw that there was an evacuation and then suddenly an evacuation within the block of our house,” Fitzsimmons said. “We’re not in the full on evacuation zone so we didn’t make the decision to leave, but we are certainly ready to go, I would say within like a 10-second notice, we can be out the door.”

Scott Hopes, the Manatee County administrator, said the additional pumps should increase the capacity for a controlled release of the water from about 35 million gallons (about 132 million liters) a day to between 75 million and 100 million gallons a day.

“This has become a very focused local, state and national issue,” Hopes said.

The Florida Department of Environmental Protection says the water in the pond is primarily salt water mixed with wastewater and storm water. It has elevated levels of phosphorous and nitrogen and is acidic, but not expected to be toxic, the agency says.

The ponds sit in stacks of phosphogypsum, a solid radioactive byproduct from manufacturing fertilizer. State authorities say the water in the breached pond is not radioactive.

Still, the EPA says too much nitrogen in the wastewater causes algae to grow faster, leading to fish kills. Some such blooms can also harm humans who come into contact with polluted waters, or eat tainted fish.

The Piney Point reservoir, and others like it storing the phosphogypsum byproduct, have been left unaddressed for far too long, environmental groups say.

“This environmental disaster is made worse by the fact it was entirely foreseeable and preventable,” said Jaclyn Lopez, Florida director at the Center for Biological Diversity. “With 24 more phosphogypsum stacks storing more than 1 billion tons of this dangerous, radioactive waste in Florida, the EPA needs to step in right now.”

Dale Rucker, a hydrologist and former editor of the Journal of Environmental and Engineering Geophysics, says the leak is a reminder that governments need to pay attention to aging infrastructure that could endanger the environment and put communities at serious risk.

“Continued neglect can have serious environmental consequences like we are seeing,” Rucker said. “These environmental catastrophes are going to happen with higher probability.”