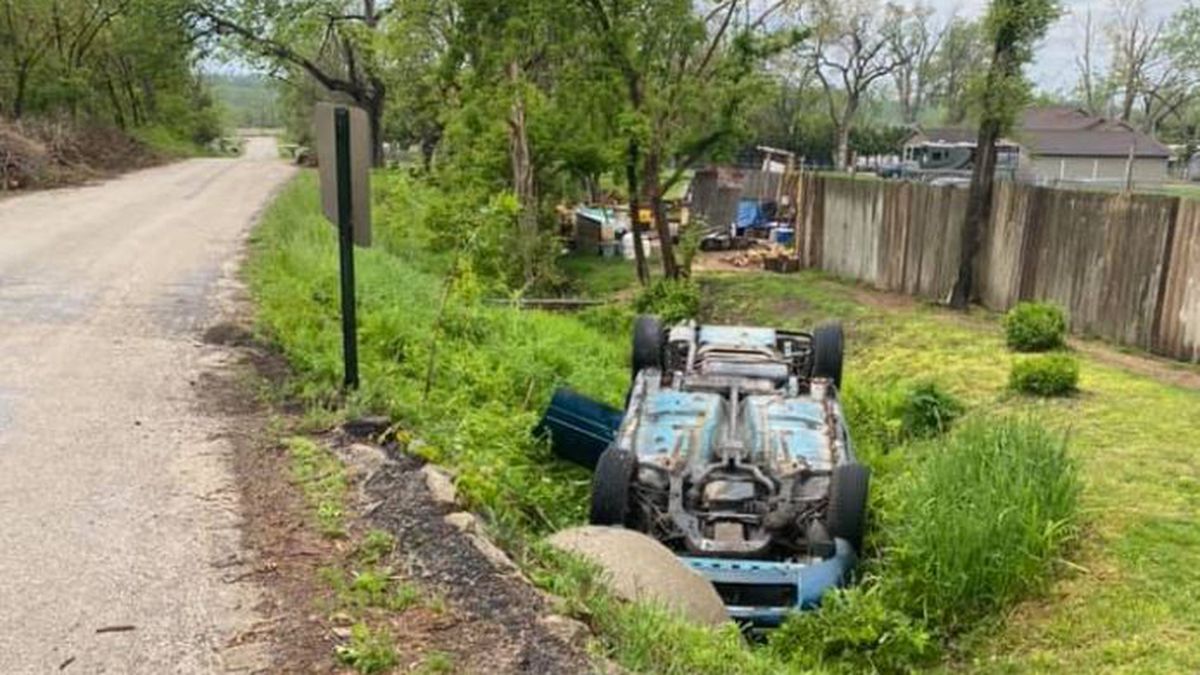 CEDAR RAPIDS, Iowa – Authorities say a woman fell asleep at the wheel before rolling her car into a Cedar Rapids ditch on Saturday morning.

According to a Facebook post by the Cedar Rapids Police Department, when crews arrived to the scene of the accident, they found the 45-year-old female driver who was able to get out of the vehicle and was standing near the side of the road. She was treated by first responders and transported to a local hospital for non-life-threatening injuries. The driver was the only occupant of the vehicle.

Investigators learned that the woman had fallen asleep at a relative’s house for a short period of time after leaving work earlier on Saturday morning. Officials say she attempted to drive home, allegedly fell asleep while driving, and that the accident appears to have been caused by sleep deprivation.

“Drowsy driving is a major problem in the United States. The risk, danger, and sometimes tragic results of drowsy driving are alarming. Drowsy driving is the dangerous combination of driving and sleepiness or fatigue. This usually happens when a driver has not slept enough, but it can also happen due to untreated sleep disorders, medications, drinking alcohol, and shift work.

Your body needs adequate sleep on a daily basis. The more hours of sleep you miss, the harder it is for you to think and perform as well as you would like. Lack of sleep can make you less alert and affect your coordination, judgement, and reaction time while driving. This is known as cognitive impairment.

Studies have shown that going too long without sleep can impair your ability to drive the same way as drinking too much alcohol.”