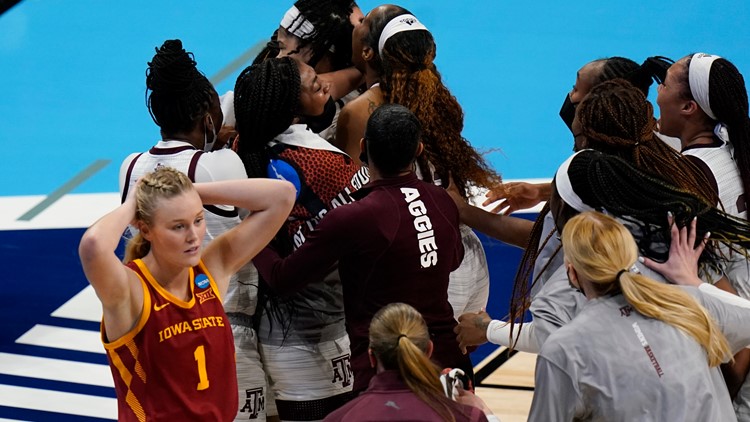 SAN ANTONIO — Jordan Nixon banked in a short jump shot at the buzzer in overtime, giving her a career-high 35 points and lifting Texas A&M to an 84-82 victory over Iowa State in the second round of the women’s NCAA Tournament.

Nixon scored seven of A&M’s nine points in OT, pushing the Aggies into the Sweet 16 for the third straight time.

She also led the rally in the fourth quarter, scoring the last four points of regulation.