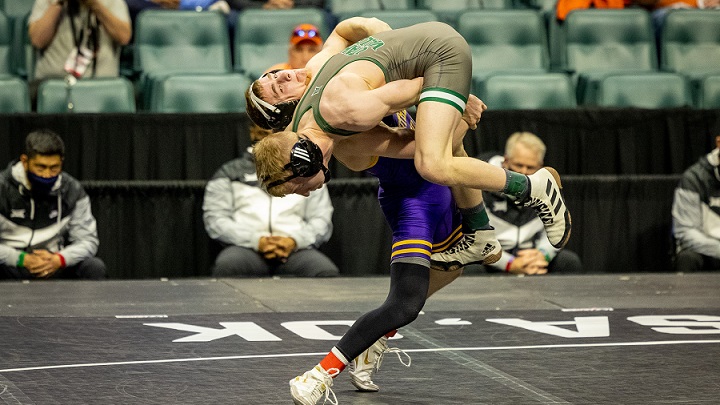 The Cyclones finished third as a team, just seven points behind co-champions Oklahoma and Oklahoma State as ISU qualified at least six wrestlers for the NCAA tournament. UNI, who finished fifth, advanced at least four.

Teske, the top seed at 125 pounds, trailed by one late in his match, but secured a reversal with 20 seconds remaining to top Utah Valley’s Taylor LaMont 9-7 for the sophomore’s first conference title.

Keckeisen, meanwhile, never trailed as the freshman looked in control from start to finish in a 5-3 win over Wyoming’s Tate Samuelson. The win marked the fourth straight at 184 pounds for UNI between Keckeisen, Taylor Lujan, and Drew Foster.