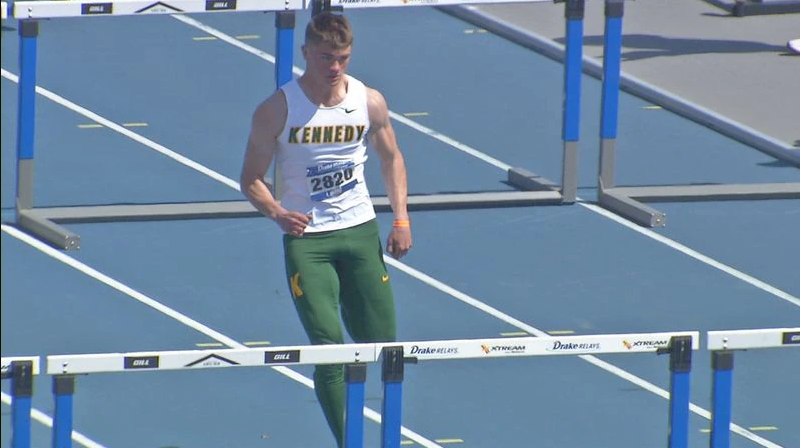 CEDAR RAPIDS, Iowa  – After missing the season last year as junior, Kennedy senior Drew Bartels is making up for lost time on the track this spring.

Bartels has the fastest 110m hurdles time in the state and the second fastest 400 hurdles time.

His shuttle-hurdle team broke the Drake Relays record and Bartels also broke former UNI and Arkansas All-American Derek Jacubus’s school record in the long jump with a leap of 23-9 3/4, also the best jump in the state.