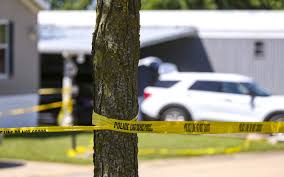 CEDAR RAPIDS, Iowa  – Police are looking into a report of shots being fired on Monday afternoon, with one potentially-related injury.

At around 1:52 p.m, the Cedar Rapids Police Department was sent to a report of gunshots in the 600 block of Ninth Avenue SW. Officers believe that someone shot at a parked vehicle with an adult male inside, hitting the vehicle and a nearby home. The shots were apparently fired from another vehicle.

The man in the vehicle, which police believe was the intended target of the shooting, received a head injury in the incident which officers described as non-life-threatening. Officers are not exactly sure if the man was injured by a bullet or some other way, with the person being described as uncooperative.

An investigation into the incident is ongoing.