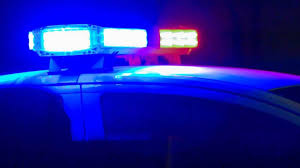 CEDAR RAPIDS, Iowa  — A wrong-way driver accused of causing a fatal crash in eastern Iowa over the weekend is a defendant in an Illinois murder case who was out on bail at the time of the crash, police said.

The crash happened around 2 a.m. Sunday on Interstate 380 in Cedar Rapids, The Gazette reported. Investigators say Tyler Lee, 34, of Rockton, Illinois, was driving a pickup truck southbound in the northbound lanes when he crashed head-on into a sport utility vehicle carrying four people.

The crash killed a passenger in the SUV, 23-year-old David Phuong Nguyen of Cedar Rapids, police said. Three others — including the driver who suffered serious injuries — had to be extricated from the SUV. Lee received only minor injuries, police said.

At the time of the crash, Lee was out on $1 million bail for first-degree murder and 11 other counts in the May 2017 shooting of 38-year-old Christopher Peters in Loves Park, Illinois, police said.

No charges had been filed by early Tuesday in the Iowa crash, officials said. Police said once an investigation into the crash is complete, a report will be submitted to the Linn County Attorney’s Office, which will consider any charges in the case.