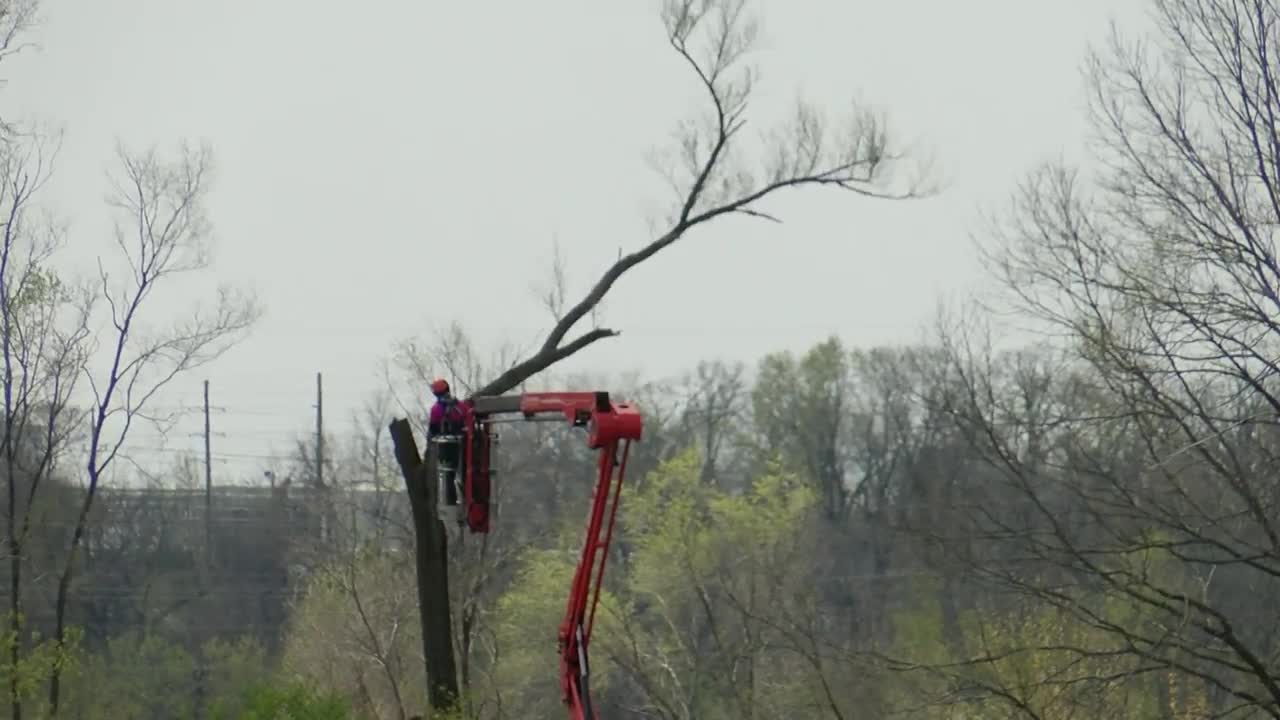 CEDAR RAPIDS, Iowa – Some Cedar Rapids residents of the Rompot area include a state senator and neighbors who formed a non-profit to protect the prairie park corridor.

Their fight to stop the Cargill project is now in the appeals process.

Today, they’re upset that on Earth Day, the project is moving forward –despite pending litigation — and trees were being cut down.

The fight is over a 28-acre flood plain that the city of Cedar Rapids designated as a prairie pollinator zone.

In 2019, the city changed its zoning and started the process to sell the land to Cargill, which plans to build a railyard on the prairie and across the street from residential neighborhoods.

“They’re increasing the amount of soil here,” Jeremiah Kenny, President of Protect the Prairie Park Corridor, “and putting a dirt berm here is going to push water back into these houses that are behind me and further up. It will also push water across the river, so there’s fear of more destruction.”

Some residents are upset that today, on Earth Day, crews are cutting down trees.

He is hoping the court will stop the project.

Today, Kenny and Hogg are hoping for that miracle to intervene, especially after last summer’s derecho already took so many trees.

KWWL reached out to both Cargill and Mayor Brad Hart. They declined an interview for this story.

The city sent a response late in the afternoon confirming that the sale to Cargill has been finalized, adding:

“Council reasons were discussed publicly at meetings on November 7, 19 and December 17, 2019. Videos of those proceedings are available on the City’s website. The Cargill webpage also includes a lot of information, including a FAQ section.”