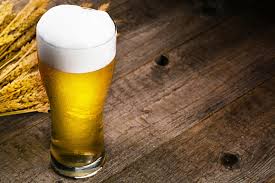 Iowans sure do love their beer!

The website VinePair recently posted an article outlining the states here in the U.S. that drink the most beer. They ranked all 50 states using 2018 data from the National Institute on Alcohol Abuse and Alcoholism.

The study says that Americans drink around 6.3 billion gallons of beer each year, with the Midwest region drinking the most overall. According to this study, Iowa just missed the top 10 beer drinking states, coming in at number 11. We consume 1.24 gallons of ethanol per capita. Other Midwest states that ranked high on the list include North Dakota at number four, South Dakota at number five, and Wisconsin, which tied Pennsylvania for eighth. The five states that consume the least amount of beer are:

If we’re looking at gallons overall, the rankings are more related to each state’s population. Iowa was 29th on that list, consuming about 71.6 million gallons of beer. The top 5 states in that category are:

On the other hand, the states who consume the least amount of beer (in terms of gallons) are:

Back in March, USA Today published an article with the most popular beer brands in America. They looked at 2019 domestic shipping volume data to determine that the top beer in America is Bud Light. Coors Light came in second, Miller Light was third, Budweiser was fourth, and Michelob Ultra was fifth. Busch Light, a favorite here in Eastern Iowa, was number nine overall.

4 Incredible River Tubing Trips to Take This Summer in Iowa