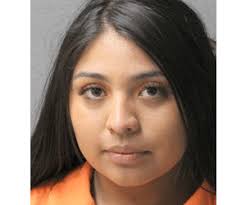 An Iowa woman has been given 15 to 30 years in prison for killing a pedestrian in northeast Nebraska.

Court records say Maria Gonzalez-Diego, of Sioux City, Iowa, was sentenced Tuesday in Dakota City. She’d pleaded guilty to vehicular homicide. In return, prosecutors dropped a charge of failure to stop at the scene of a fatal accident.