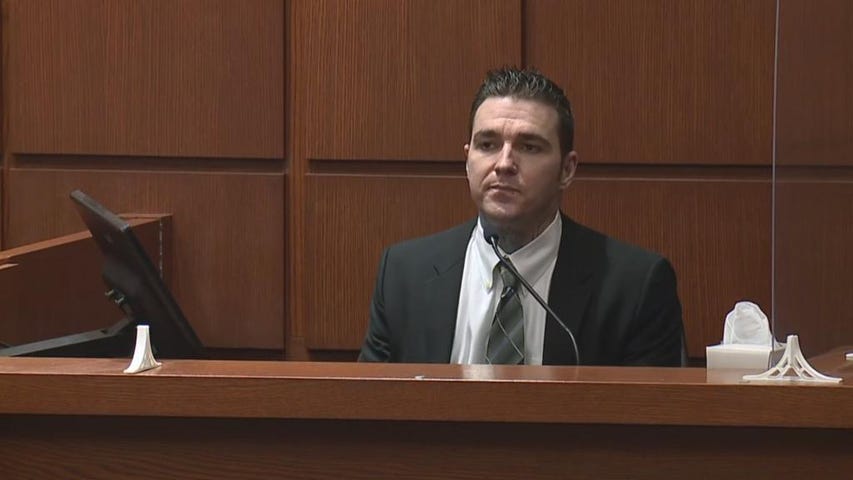 HARRISONVILLE, Mo. — A Kansas City man has been found guilty of killing two women a decade apart and burying their bodies near each other in a field in western Missouri.

Yust had been charged with first-degree murder in the deaths. The jury deliberated for more than 14 hours. Sentencing is set for Friday morning.

Runions left a party in Grandview with Yust before she disappeared in September 2016. Kopetsky filed a protection order against Yust in April 2007, a month before she was last seen leaving Belton High School. A mushroom hunter found their bodies in a field in Cass County south of Kansas City in April 2017.

Prosecutors argued during the trial that Yost was a violent man who killed the women because they rejected him and he didn’t want them to be with other men. Yust’s attorneys contended investigators didn’t consider other suspects and said no physical evidence connected Yust to the killings.

She called Yust an “obsessive, jealous, pathetic boyfriend” who could not handle getting dumped. Yust confessed to six people but he now expects jurors to believe they all made it up, Tolle said.

One of Yust’s attorneys, Sharon Turlington, said the prosecution case against Yust was not supported by any proof, arguing that the lack of physical evidence, the timelines presented by prosecutors and earlier witness statements supported his innocence.

“Somehow Kylr is supposed to have pulled off two murders without leaving a trace,” Turlington said, later saying there is no DNA linking Yust to either crime.

Yust, 32, testified on Wednesday that he did not kill the women, and accused his half-brother, Jessup Carter, in their deaths.

“I didn’t do anything to either of them.” he said.

In 2018, Carter died by suicide while he was being held in the Jackson County jail on a charge of second-degree arson. Yust testified that he believed Carter, 32, killed himself because Yust pleaded not guilty in Kopetsky’s and Runions’ deaths.

Tolle questioned Yust about why he had not accused Carter in the killings until Wednesday. He replied that he told one of his attorneys his theory years ago and she was representing him for free because she believed him.

Tolle said Yust must be the “most unlucky guy in the world” because two of his former girlfriends had gone missing.

“Anyone who has a brother who is a serial killer is unlucky,” Yust responded.

In the years after Kopetsky disappeared, Yust told several people that he had killed her because she wanted to end their on-and-off relationship. Prosecutors played a tape during the trial on which could be heard telling an ex-girlfriend, Katelynn Farris, that he killed Kopetsky.

Farris was wearing a wire at the time under the supervision of the FBI.

Yust testified Wednesday that he thought Farris was attracted to him because he was suspected of murder, and he was reacting to her attraction.

“I was just at a really low point in my life and I wanted to get her attention,” he said.

Yust also confessed in a phone call from jail to his mother, which he said Wednesday was done out of spite toward her and exhaustion over defending his innocence.

“At one point, I remember thinking: ‘I might as well just, I mean I’m going to get blamed. My whole life is a freaking wreck,’” Yust said. “This is happening all over again but even worse. I just remember at a couple points I was like: ‘Well screw it. I might as well be famous.’”