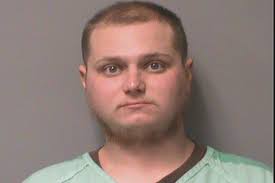 FORT DODGE, Iowa — Fort Dodge police said a man has been charged with first-degree murder in the shooting death of a woman over the weekend.

Lewil will appear in Webster County court Wednesday on the murder charge. He had initially been charged with attempted murder.

The Iowa Division of Criminal Investigation and the Webster County Sheriff’s Office continue to investigate the shooting.