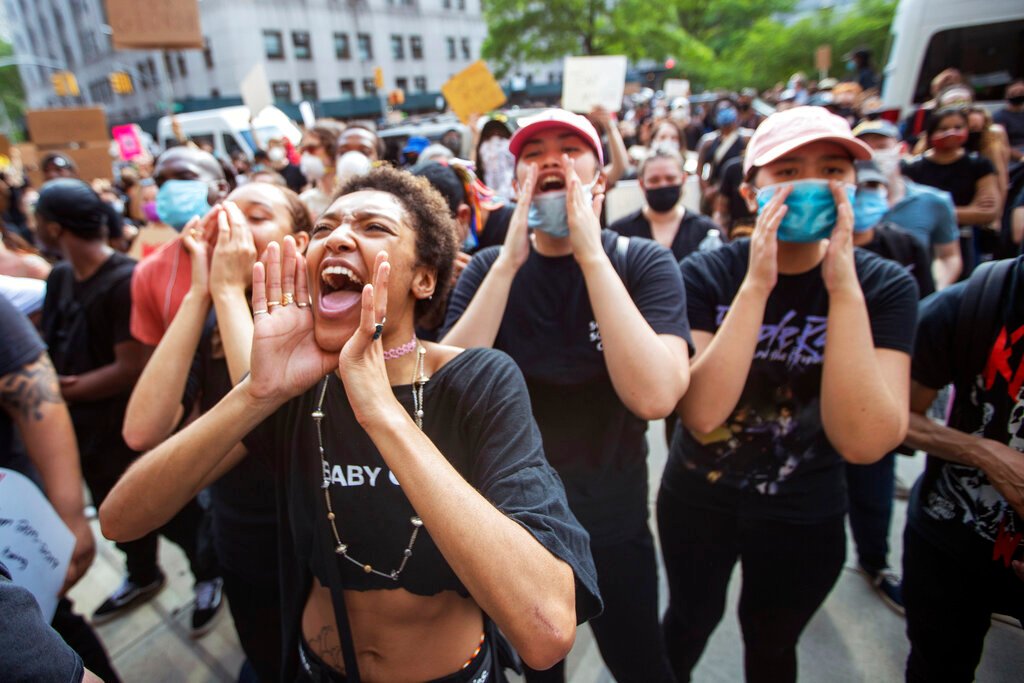 Two of those, Viet Tran and Alexandria Dea, are charged with Unauthorized Dissemination of Intelligence Data, among others. Officers said Dea took an officer’s radio and threw it out of his reach. Police said she reached into an officer’s pocket and removed a document with intelligence data.

They say the document was protected under Iowa law from unauthorized distribution, and aired in a newscast.

Police said Tran was later shown dispalying the intelligence data in a newscast.

“They printed these photos of people’s faces out, they had them in folders and binders, and they passed them out to the State Patrol,” said Jaylen Cavil, an organizer with Des Moines BLM. “So they began to start arresting people as they got to the Capitol.”

Wednesday at the Capitol, officers said as they tried to escort someone, several people began to assault the officers. A release said the police officers were “pushed, pulled, hit and jumped on,” and that at least 15 adults and two juveniles were arrested.

“At one point, a protester assaulted a police officer by jumping on his back, placing him in a chokehold, and wrestling him to the ground,” a department release said. “As they struggled on the ground, the officer was disarmed of his duty handgun. The officer was able to recover the handgun. This protester was arrested.”

However, protesters said that’s not the way it played out.

Kate Swanson, from Adel, arrived at the protest just five minutes after the event’s 1:00 p.m. start.

“As I approached the Capitol, I heard yelling and I saw someone walking away from the building crying,” Swanson said. “As soon as people got through the door of the Capitol, they just started grabbing people and arresting people. They said it was people who were at the Hy-Vee protest, but it turns out they were just grabbing people, it didn’t matter if they were [at the Hy-Vee protest] or not.”

Among those arrested was BLM activist Matthew Bruce, who had previously turned himself in following the incident at Hy-Vee.

Cavil said he believes law enforcement made a concerted effort to charge protesters with felonies as they were protesting at the Capitol for people with prior felony convictions to have their voting rights restored.

“People were in the Capitol today because we were trying to put pressure on the Governor to sign an executive order that would reinstate the voting rights of people who have been convicted of a felony,” Cavil said. “What is the response we get? [Several] of us are charged with a felony. So tell me if those two things are connected…I personally think they are.”