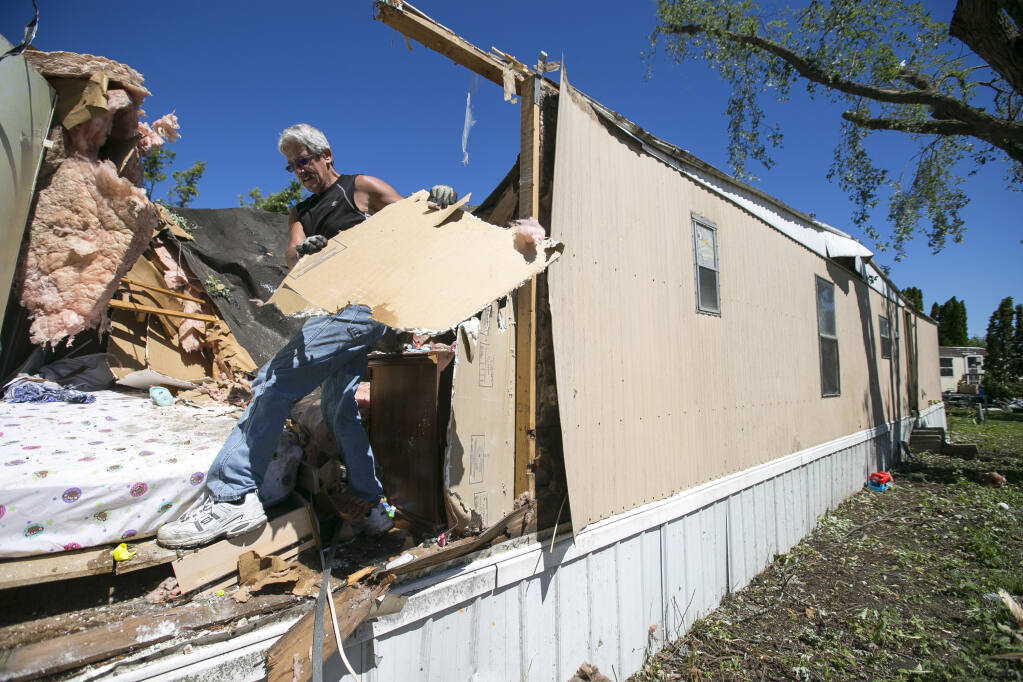 CEDAR RAPIDS, Iowa — One person suffered a cut from glass during Wednesday night’s storm that possibly was a tornado.

The National Weather Service will survey the area Thursday to see if a tornado hit.

It happened around 8:30 to 9 p.m. in the 400 block of Troy Street Southwest at the Summit View Manufactured Homes community.

A Cedar Rapids Fire Department spokesperson said a 911 caller told them their daughter was injured by glass and had been treated.

No major injuries were reported but several mobile homes suffered damage including one that lost its roof to the storm.

Fire officials say there was a concern that homes may have bee moved off their foundations slightly. Mid-American Energy went to the scene. No odor or gas leaks were detected.