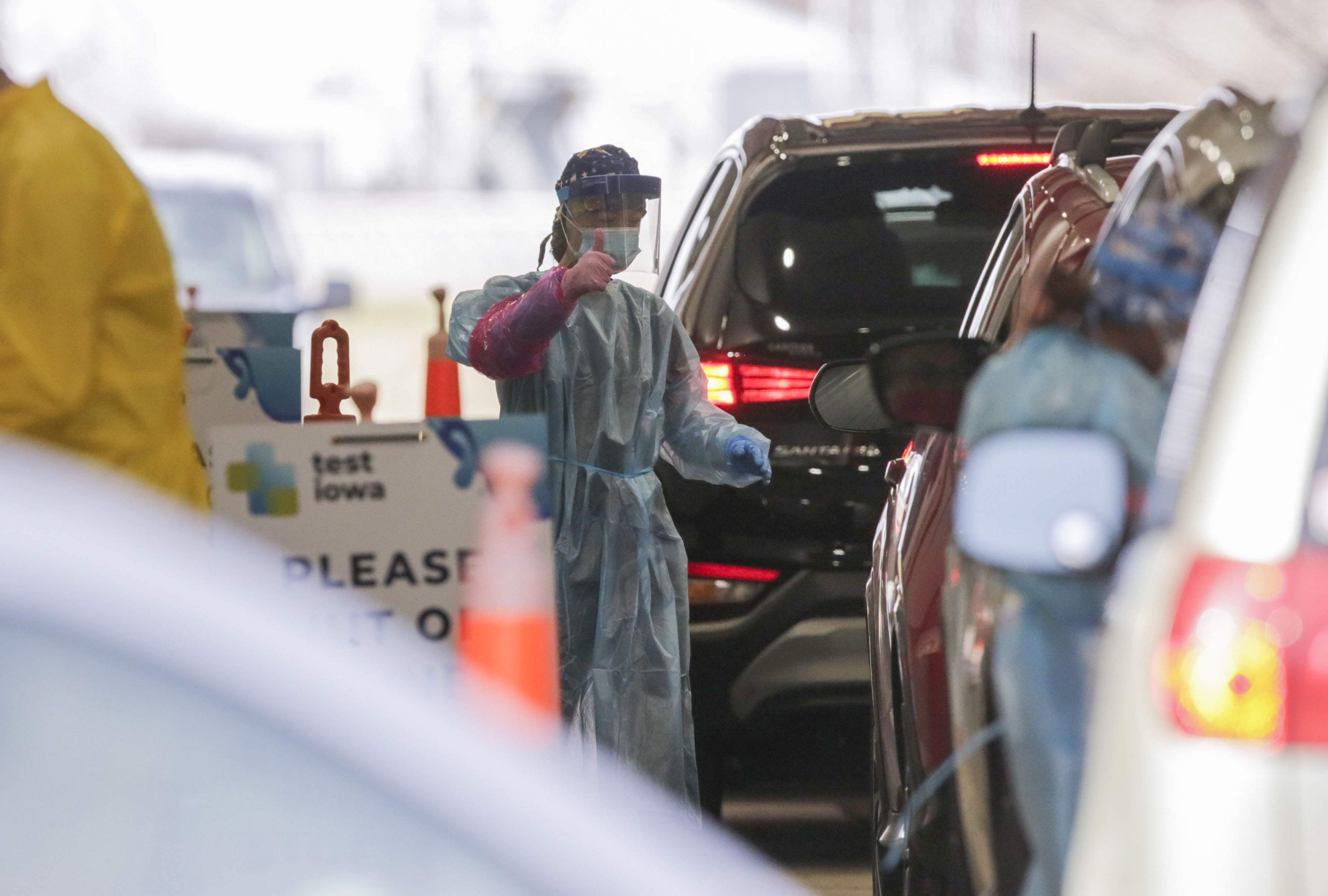 More than 90,000 Iowans had received at least one dose of a COVID-19 vaccine by Monday, public health officials reported, nearly a month after the first inoculations in the state were given Dec. 14.
In all, the state said Monday, 96,686 doses have been administered in Iowa. Of those, 91,501 went to Iowa residents. Nearly 5,700 people so far have had two doses of a vaccine, as is required to reach full effectiveness.
Nationwide, the vaccine rollout has gone much slower than expected. According to the U.S. Centers for Disease Control and Prevention, Iowa is doing better than most so far. It ranks 17th among the states and the District of Columbia for administering doses when measured per capita.
Iowa officials prioritized front-line health care workers and residents and staff of long-term care facilities as the first to be vaccinated.
But it’s still not known when older Iowans, those with chronic medical conditions and essential workers next in line will receive their vaccine.
State public health officials who will set those priority populations have yet to release their guidelines.
Iowa added 438 new COVID-19 cases Monday and confirmed one additional death, according to data analyzed by The Gazette.
Monday’s numbers bring the state’s totals to 296,877 virus cases and 4,139 deaths
Only 1,651 test results were reported in the 24-hour period ending at 11 a.m. Monday, according to Iowa Department of Public Health data. The state’s seven-day average is 1,715. That’s far less than the 5,000 tests a day that Gov. Kim Reynolds said could be reached under the Test Iowa Initiative.
The additional COVID-19 death was reported from Cass County.
Linn County added 22 virus cases, bringing the county total to 17,320. The county’s seven-day average is 81.
Johnson County added 28 cases Monday, bringing its total to 11,702. Johnson’s seven-day average is 59.
Of the new cases on Monday, 66 were of individuals up to 17 years old, bringing the total number of minors infected in Iowa to 31,357. Additionally, three of the new cases were people who work in education, bringing the total in that category to 7,680.
Across the state, hospitalizations increased from 541 to 555 in the 24-hour period.
Patients in intensive care went from 105 to 96, decreasing to double digits for the first time since Oct. 5.
Patients on ventilators went from 41 to 36, the lowest number since Oct. 2.
Statewide, 86 of Iowa’s long-term care facilities were experiencing COVID-19 outbreaks as of Monday, a decrease of four in the 24-hour period. Within those facilities, 1,998 people were positive with the virus, a decrease of 143 since Sunday. The number of deaths remains at 1,680.