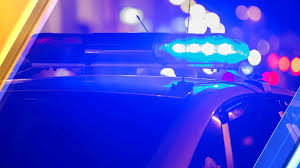 ATKINS, Iowa — Sheriffs officials in eastern Iowa have identified a driver killed in a crash after reached speeds over 100 mph while fleeing a traffic stop.

The crash happened shortly after a Linn County sheriff’s deputy tried to pull over a car in Atkins on suspicion of running a stop sign, officials said. Instead of stopping, the driver sped away and onto Highway 30, reaching 115 mph, investigators said.

The chase ended just after 4 a.m. when the fleeing car drove off a Benton County road and crashed into a culvert, officials said. Cox, who was driving, was ejected from the car and died at the scene, investigators said.

A woman also in the car and later identified as Mary Jeanette Ridenour, 33, of Cedar Rapids, was seriously injured and flown to an Iowa City hospital. She is expected to survive.

The crash is being investigated by the Iowa State Patrol.

Iowa is One of the Most Irish States in the U.S.

Eastern Iowa Woman Arrested For Over $100,000 in Court Service Thefts