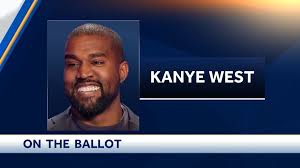 Michelle Tidball is listed as his running mate for vice president, according to Iowa records.

Tidball is described as a “spiritual coach” who lives in Cody, Wy., where his campaign office is located. Her website, Abundant Ministries, has been taken down.

West announced in July he was running for the nation’s highest office. While West supported President Donald Trump in the past, he has since withdrawn his support.

6 News left a voicemail and email with West’s office as listed according to state records.

West bought the building in 2019 for “temporary storage of materials and merchandise” according to an article from the Cody Enterprise. He has also purchased property in the area for a ranch.

After declaring his candidacy, West held a campaign event July 20 in which he promoted $1 million for every new mother and decried Harriet Tubman for her work on the Underground Railroad.

Fuel truck slams into house after crash in Waterloo, Iowa