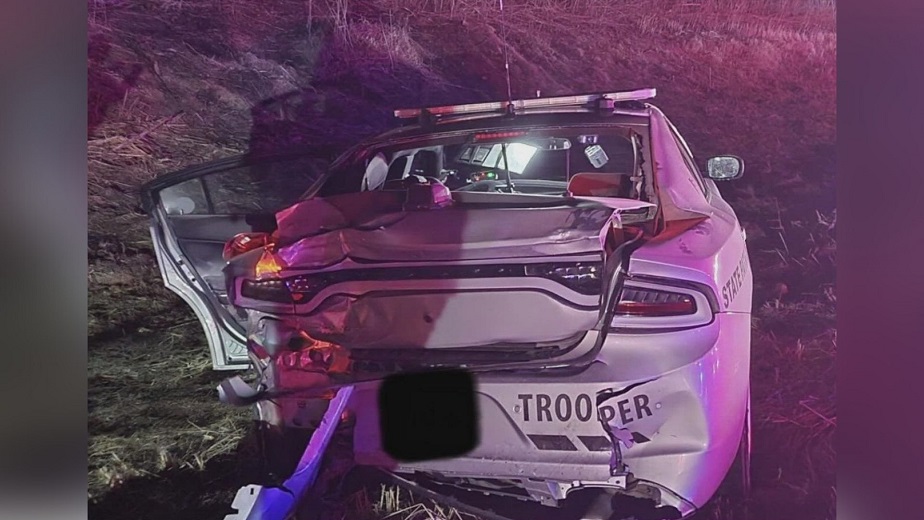 According to the ISP, both the trooper and the driver of the other vehicle suffered minor injuries.

The collision happened on southbound I-29 near Loveland while the trooper was assisting another car. According to the ISP, a second vehicle lost control and crashed through a guard rail before smashing into the police car.

Between midnight and noon on Tuesday, the ISP received 48 reports about accidents. There were four injuries, but no one died as a result.