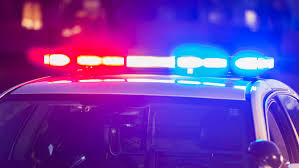 CEDAR RAPIDS, Iowa — Police in Cedar Rapids said Wednesday they had arrested a man wanted on suspicion of trying to murder his girlfriend last year in Wisconsin.

Local police officers and U.S. Marshals arrested Canyon Thixton, 37, of Portage, Wisconsin, at a home in Cedar Rapid on Wednesday morning, Cedar Rapids police said in a news release. Police said he was living in the home and going by another name.

Thixton was wanted in Wisconsin, where police said he stabbed his 28-year-old then-girlfriend in the face and neck multiple times early the morning of Sept. 11 as she slept. Thixton fled the home on a motorcycle after the stabbing, police said.

Police in Iowa said a handgun was found on Thixton when he was arrested, and investigators determined it was the victim’s gun taken from her home after she was stabbed.

Thixton was booked Wednesday into the Linn County Jail on a Wisconsin arrest warrant charging him with attempted first-degree murder. Cedar Rapids police said he may also face charges in Iowa.