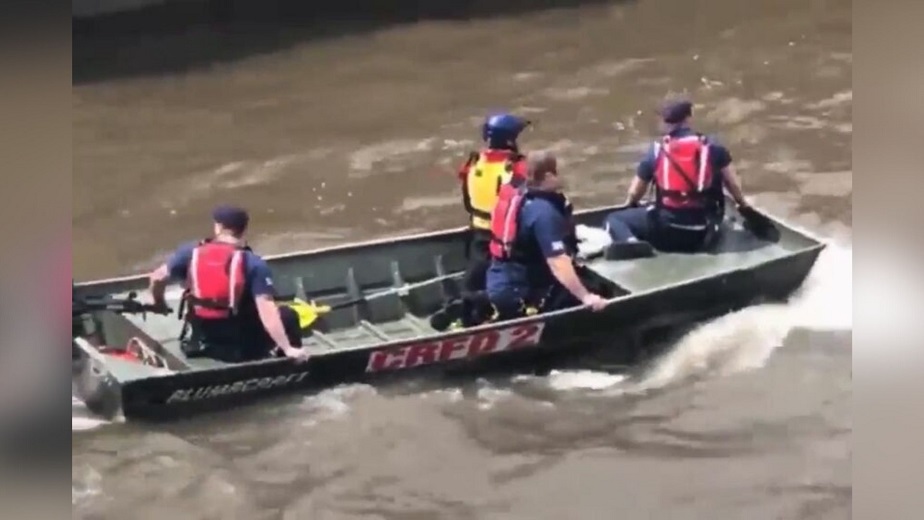 Cedar Rapids, Iowa – Cedar Rapids emergency services were called Monday evening after someone was seen in the water near the 3rd Avenue Bridge.

Firefighters placed water rescue ropes over the edges of the bridges in an attempt to catch the man at the time of the incident. For a short period of time, the man was able to hold on to the rope that had been thrown by fire crews until his grasp could no longer hold the rope due to the force of the stream.

During this time, more fire units were stationed downstream with additional ropes on other bridges, and a swift water boat crew launched from Valor Way to assist with the rescue efforts. The boat team arrived quickly and found the person who was moving toward the firefighters on the 12th Avenue bridge at the time of the incident.

Before crossing the 12th Avenue bridge, the boat crew rescued the man and transferred him to an inflatable boat. Then, the boat crew came back to the shore.

The individual was sent to Mercy Hospital for further medical examination and treatment.